The Army owes its modern night fighting aviation capabilities to the 160th Special Operations Aviation Regiment (Airborne) who pioneered night flight techniques, shared in the development of equipment, and proved that “Night Stalkers Don’t Quit,” a motto the Regiment lives by. The unit originally formed from attachments of the 101st Airborne Division. It immediately entered into a period of intensive night flying, quickly becoming the Army’s premier night fighting aviation force and the Army’s only Special Operations Aviation force. Task Force 160 was officially recognized as a unit on 16 October 1981, when it was designated the 160th Aviation Battalion. Since that time, the 160th has become known as the “Night Stalkers” because of its capability to strike undetected during the hours of darkness and its impeccable performance around the world. 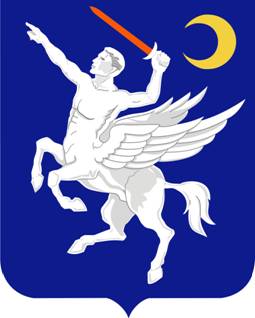 The 160th received its baptism by fire during Operation Urgent Fury in Grenada in 1983. While conducting an assault on simultaneous targets, the unit suffered its first combat loss, CPT Lucas. Since that time, the unit has responded to numerous missions at the request of the President of the United States and the Secretary of Defense. On 16 October 1986, the tough warrior spirit of the Airborne and the tenacious determination of the Night Stalkers were joined as the Task Force further evolved and became an Airborne unit. With re-designation as the 160th Special Operations Aviation Group (Airborne) came the honored and rich tradition of the airborne Soldier. In September 1987, Night Stalkers participated in Operation Prime Chance, engaging and neutralizing an enemy threat while using aviator night vision goggles and forward-looking infrared devices over water, the first successful night combat engagement under these conditions. The successful Mount Hope III operation in June 1988, performed in the most demanding environmental flight conditions imaginable, clearly demonstrated the ability of man and machine to strike deep, accomplish the mission, and return safely.

In December 1989, Night Stalkers were called upon to spearhead Operation Just Cause, the liberation of Panama. Soldiers of the 160th deployed from Fort Campbell during the harshest winter conditions on record into the sweltering heat and darkness of Panama, again simultaneously engaging multiple targets, which resulted in two combat losses and two aircraft destroyed. The organization continued to grow and was officially activated as the 160th Special Operations Aviation Regiment (Airborne) in June 1990. In 1991, the reckless and senseless destruction of Kuwait was met by the swift introduction of Special Operations Aviation into the Southwest Asian Theater of Operations during Operations Desert Shield and Desert Storm. Both operations proved the 160th’s ability to conduct complicated night missions and sustain combat operations as a unit against a determined enemy.

In October 1993, while supporting the requirements of the President of the United States, Night Stalkers engaged an unconventional, hostile force in Somalia. The Soldiers of the 160th entered into an 18-hour firefight of intensity that had not been encountered since Vietnam. This battle resulted in the loss of five Night Stalkers and eight aircraft damaged or destroyed. The dedicated efforts exhibited by these Soldiers to overcome adversity and rescue fellow comrades once again demonstrated that “Night Stalkers Don’t Quit.” The Regiment supported Operation Uphold Democracy in late 1994, validating the Adaptive Joint Force Package concept, by conducting missions from the aircraft carrier USS America.

Since the devastating attack on our Nation on September 11, 2001, the 160th SOAR(A) has been continuously and actively engaged in combat operations. Night Stalkers first deployed in support of the War on Terror in October 2001 for Operation Enduring Freedom Afghanistan, with a short period supporting OEF-Philippines. In spring 2003, the 160th deployed its first assets supporting Operation Iraqi Freedom. As the organization continued to mature to meet the Nation’s Special Operations Aviation requirements, the Regiment continued to grow and provisionally established its 4th Battalion at Fort Lewis, Washington, in December 2005. Following the deactivation of E/160th on 31 July 2007, the USPACOM area of responsibility was handed over to 4th Battalion, which was formally activated in December 2007. On 24 April 2008, D/160th was officially deactivated with 3/160th assuming the responsibility of the USSOUTHCOM area of operations. Today, the Regiment maintains a sustained forward presence in both Afghanistan and Iraq, while simultaneously providing increased training support to USPACOM, an in-extremis force for USSOUTHCOM, and maintaining a national mission alert force.

The courageous response of the Army’s only Special Operations Aviation unit has successfully deterred aggressive and provocative threats by those who seek to harm our country, bolstered national morale and prestige, and supported national foreign policy goals. Today, as in the past, the 160th Special Operations Aviation Regiment (Airborne) continues to take the fight to the enemy and is constantly ready for the next mission, anytime, anywhere, and is poised to arrive time on target plus or minus 30 seconds.